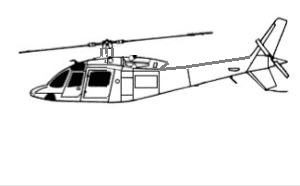 Please note this is purely based on analytical data recovered from the pictures published and other publicly available data.  All information presented here are the opinion of the author.

Buhari was received by Governor Kashim Shettima, the Chief of Army Staff, Lt.-Gen. Tukur Buratai, the Chief of Air Staff, Air Marshal Saddique Abubakar as members of the National and State Assemblies.

The C-in-C also inspected a Made-in-Nigeria prototype of the “Nigerian Army Helicopter Project“, ongoing since 26th of February, 2016 at the Central Aeronautic Workshop, Kaduna. The project is anchored on the efforts of Capt SS Ogundele of the Nigerian Army Electrical and Mechanical Engineers (NAEME).

In November 1995, following the execution of nine pro-democracy campaigners including Ken Saro-Wiwa, leader of the Movement for the Survival of Ogoni Peoples, which campaigned against oil pollution by the multinational company Shell in the Niger Delta, Nigeria was suspended from the Commonwealth, became diplomatically isolated, and an arms embargo was imposed by the European Union via Common position 95/515/CFSP and the United States. Other measures contained the restriction of travel on military personnel and politicians and a ban on sporting contacts.

Another de facto arms embargo was also placed on Nigeria during the counter-insurgence fight by the then U.S. President Barack Obama which prevented the country from accessing the Embraer Super Tucano COIN turboprop aircraft and Cobra attack helicopter from Israel.

Both arms embargo nearly rendered Nigeria’s military forces to near obsolescence and frustrated the fight against the rampaging terrorist sect.

With that incident still fresh, the Nigerian leadership began an ambitious self-sustaining drive, a salient pivotal move towards making use of indigenous weapons systems was formed.

This could be the first glimpse of how the Nigerian Army made helicopter could look like.

According to the Nigerian spokesperson during the NADCEL 2018, a Nigerian Army service-man was fatally injured when the rotor blade detached and spiral towards him during a test-run of the prototype’s engine.

The Nigerian Army Helicopter Project (NAHP) is a multi-mission, single engine Light Utility Helicopter (LUH) featuring supports for the installation of internal and external weapon mounts. It has an uncanny resemblance to the Proven AW109 LUH which is currently in service with the Nigerian armed forces

The platform would offer high controllability and manoeuvrability when undertaking missions in the most demanding weather and environmental conditions.

As a multi-mission helicopter, the NAHP can perform a wide range of tasks including armed reconnaissance, close-air support, escort or area suppression, search and rescue (SAR), anti-armor, liaison and command, troop transport, and medical evacuation (MEDEVAC).

With the made-in-Nigeria drive in full swing, the NAHP should be fitted with an indigenous ergonomically designed instrument panel fitted with liquid-crystal multi-functional display.

The NAHP light utility helicopter can be armed with two Nigerian-made aerial rocket launcher or a pintle mounted 12.7 mm machine gun in the crew cabin.