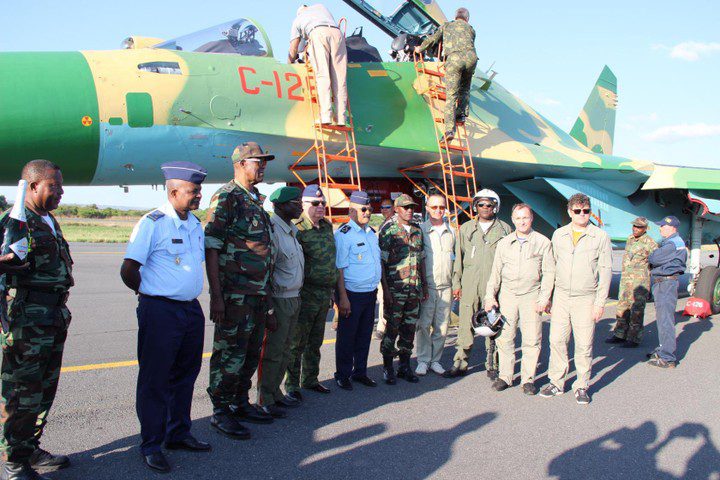 The Força Aérea Nacional de Angola (FANA – National Air Force of Angola) took delivery of its first two Sukhoi Su-30K fighters in September 2017 and is due to receive 10 more by early 2018. Angola placed a $1 billion order for a range of arms from the Russian state arms exporter Rosoboronexport, including twelve Su-30K fighters, spares and order hardware during a visit by the Russian Deputy Prime Minister, Dmitry Rogozin, to Luanda in October 2013.

The Indian Air Force first eighteen early model Su-30Ks were withdrawn from use in the early 2000s. All eighteen aircraft were sold back to Russia, after which the aircraft were delivered and stored with the 558th in Belarus between September 2011 and November 2011. The early models were basic aircraft without features like canards and thrust vector controls, and it is these eighteen early model aircraft (delivered between May 1997 and December 1999) that were returned to Russia and replaced with more advanced Su-30MKIs.

However, in February 2014 Irkut Corporation clarified that only twelve aircraft were involved in the deal. The company is still attempting to sell the remaining six to Angola. Deliveries were originally expected to begin in 2015 but were delayed due to the need for unexpected upgrades, including improvements to the radar and navigation system and installation of a video recorder.

As of today, it is unknown how many upgraded Su-30KNs are already delivered to Angola. The first two aircraft were reported in December 2017. The Angolan Air Force currently flies around half a dozen Su-27 Flankers.