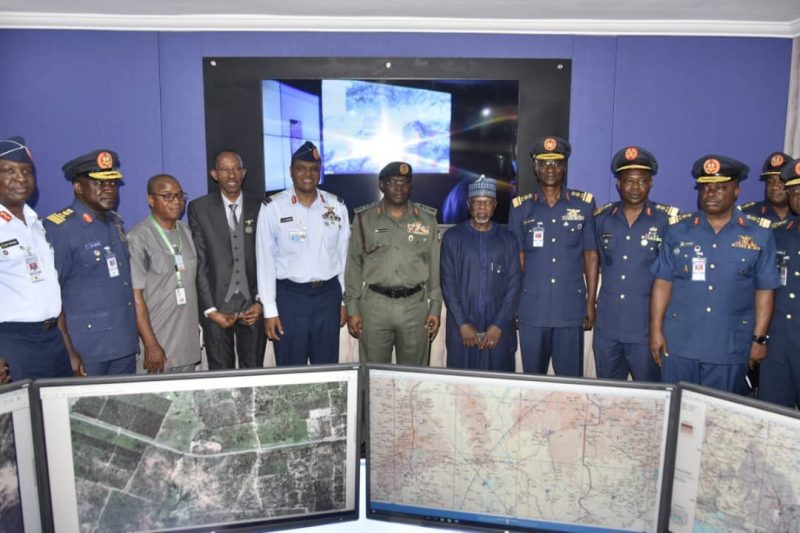 On March 19, 2019, The Nigerian Air Force joined the world powers in the acquisition of a geospatial intelligence centre in a bid to up the ante in the unconventional warfare against terrorism, banditry and other extreme vices.

As explained by the Nigerian Air Force Director Public Relations and Information NAF, Air Commodore Ibikunle Daramola, the GIDC would further enhance the ongoing Intelligence Surveillance and Reconnaissance (ISR) efforts in the North East and other parts of Nigeria.

While addressing the press, the NAF’s Chief of Air Staff (CAS), Air Marshal Abubakar explained that the Geospatial Intelligence Data Centre (GIDC) would employ and deploy satellite and other cutting edge technologies, including sophisticated and high-value computer software, to gather and analyse data to produce intelligence in support of NAF and joint operations across the Country”.

Security experts who spoke with African Military Blog disclosed that the GIDC may acquire its data stream from various means which includes imagery and mapping data, whether collected by commercial satellite, government satellite, ISR aircraft, Unmanned Aerial Vehicles or by other means, such as maps and commercial databases, census information, GPS waypoints, utility schematics, or any discrete data that have locations on earth.

The GIDC is expected to support and compliment the various ISR platforms in the Nigerian Air Force inventory.

US approves command and control (C2) system for Morocco