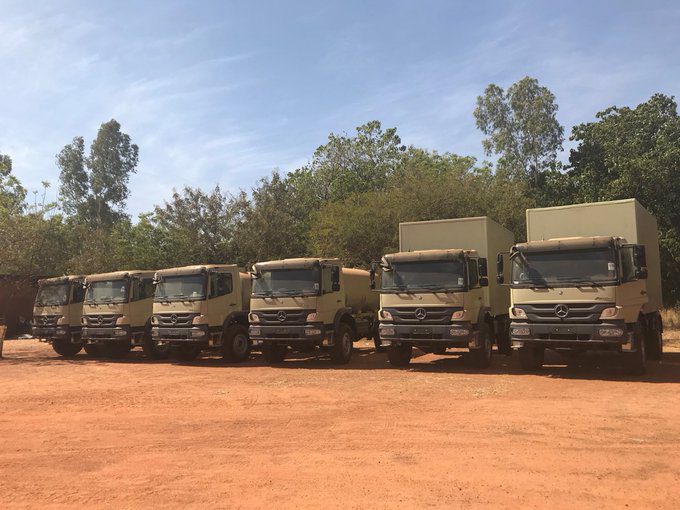 The United States government has recently donated military transport and communications equipment to Burkina Faso, to be used by the Burkinabe G5 Sahel battalion.

The donation which include at least four 4×4 trucks and two communication vehicle was handed over by the U.S. Embassy in Burkina Faso on Tuesday, 30 December.

Ambassador Andrew also noted that the United States and Burkina Faso is “engaged together against the challenges that affect us all.”

Burkina Faso is part of the G5 Sahel, a regional military initiative that includes Mali, Mauritania, Chad and Niger, that was formed in 2014 to rout out jihadist groups affiliated with Al-Qaeda and the Islamic State.

The group is supported by the United States, the United Nations and France.