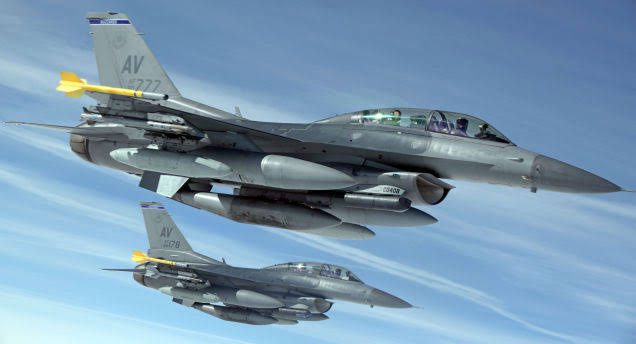 Lockheed Martin hopes to make additional sales of its proven F-16 fighter jets to countries in Africa, South America and Southeast Asia to keep its order book buoyant for the 4th generation fighter in 2020.

“We recently sold F-16s to Bulgaria and Slovakia. There is an African country that is interested in the F-16, so we’re hopeful that will happen.We also have a couple of orders for F-16 that we’re working to try to shape. A South American country, and some South East Asian countries are interested in the jet as well,” Kenneth R. Possenriede, Chief Financial Officer, Lockheed Martin told financial analysts during a conference call on Tuesday, April 21 while also announcing the company’s First Quarter 2020 Results.

Kenneth Possenriede believes that the F-16 fighter “is a good fourth-generation aircraft for those customers that can’t afford the F-35 or, frankly, can’t at this time buy the F-35.”

Defense procurement analyst Sarah Lesedi working with Military Africa explains that the African nation likely to purchase the Lockheed Martin’s F-16 is Morocco which has shown interest in upgrading its fleet.

In 2019, the US State Department agreed to export 25 new F-16C/D Block 72 jets to Morocco for $3.8 billion. That same year, the United States also approved a contract to upgrade 23 existing Moroccan F-16s to latest Viper configuration for $985.2 million; another contract to supply Joint Direct Attack Munitions (JDAMs) and bombs worth $209 million was also greenlighted.

Another potential customer in Africa is Botswana which has indicated an interest in procuring the F-16 fighter jet.

If a new customer in Africa is looking to buy F-16s, it could be Botswana, which had earlier indicated an interest in buying the fighter jet, Sarah said.

For many years now, the F-16 has enjoyed some export success in Africa, Lockheed has already sold F-16s to Morocco, Tunisia and Egypt.

To secure more African customers, Lockheed Martin will have to compete with Rosoboronexport which is currently offering an upgraded version of its MiG-35 to Africa.