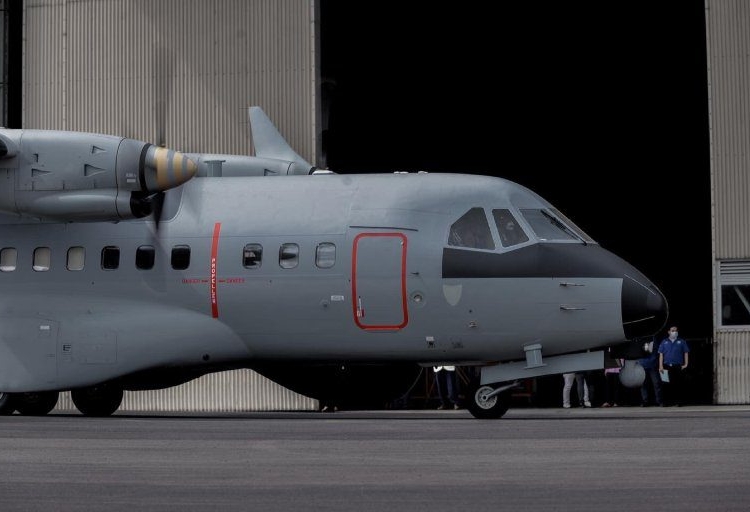 The CN-235 aircraft retrofitted to carry out maritime duties was handed over on 19 March to Senegal’s Air Brigadier General Papa Souleymane Sarr.

This particular aircraft was ordered in August 2017, and the business between Indonesia and Senegal was facilitated by AD Trade Belgium.

Equipped with a forward-looking infrared (FLIR) sensor under the nose and belly-mounted radar for the maritime patrol role, Senegal requested the variant in use by the Indonesian Navy which is fitted with the CAE AN/ASQ-508 magnetic anomaly detector for surface and sub-surface detection, and Thales Ocean Master or Telephonics APS-143C(V)3 (Batch 2) radar.

Last year, the Coronavirus Pandemic prevented the delivery of the aircraft following a travel ban between both countries. Contract negotiations for the additional aircraft have reportedly been signed in February during the Singapore Air Show but have been postponed to 2021 due to the outbreak of the Covid-19.

Senegal’s first CN-235 was delivered in January 2017, after ordering the aircraft from PTDI in November 2014. Two Indonesian-built, ex-Merpati Nusantara Airlines Cn-235 aircraft were delivered in November 2010 and August 2012 under a $13 million contract. One of the CN235s was later sold to Guinea.

The CASA/IPTN CN-235 is a medium-range twin-engined transport aircraft that was jointly developed by Construcciones Aeronáuticas SA (CASA) of Spain and Indonesian Aerospace (PT. Dirgantara Indonesia), as a regional airliner and military transport. Its primary military roles include maritime patrol, surveillance, and air transport.