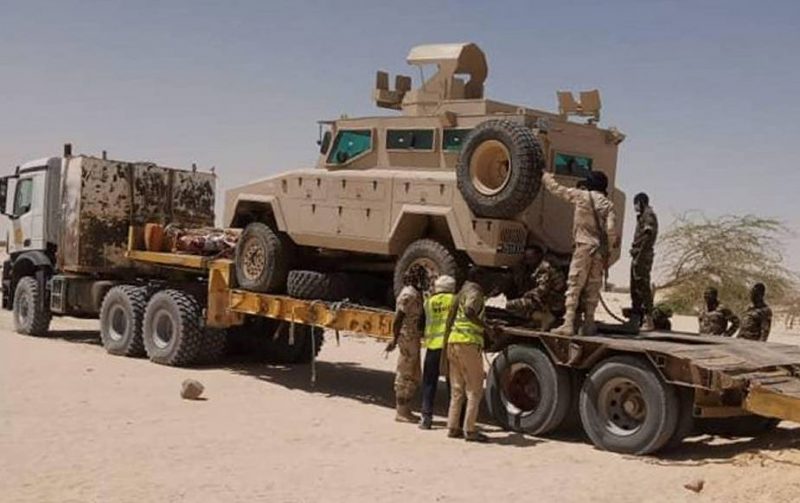 The 16 Mamba armoured vehicles will support the G5 Sahel Joint Force’s missions of combating counterterrorism, transnational organized crime and trafficking in the Sahel.

The Mamba armoured vehicle was designed in South Africa, while the Mk 7 variant which features various improvements is manufactured in the United States by Osprea Logistics.

This arms transfer is in line with United States’ support for local forces combatants in the fight against terrorism. For quite sometime, the United States has been investing heavily in the G5 Sahel security outfit which includes Burkina Faso, Chad, Mali, Mauritania, and Niger.

Timeline of US support for G5 Sahel force

In February, the US had provided a $16.5 million command and control centre, which comprises of a new building, two deployable tactical operations centres, specialised communications equipment and radios.

In May last year, at least ten Mercedes Atego 4×4 troop transport trucks worth up to $1 million and a logistics warehouse valued at $430,000 were delivered by the US department of defense (DoD) to the Nigerien Armed Forces.

The Mercedes Atego trucks can transport up to fifteen soldiers individually in challenging terrain.

Later in August last year, Twenty-two Osprea Mamba Mk 7 armoured vehicles worth $8 million, were handed over to the Nigerien military.

In addition, the US had provided four medical evacuation aircraft, as well as training for Nigerien pilots and maintenance crews. Between 2013 and 2015 Niger received four Cessna 208 Caravan aircraft from the United States, with two configured for surveillance.

While Burkina Faso received at least four 4×4 trucks and two communication vehicle worth more than 580 million CFA francs ($990,631.30 USD) from the United States.