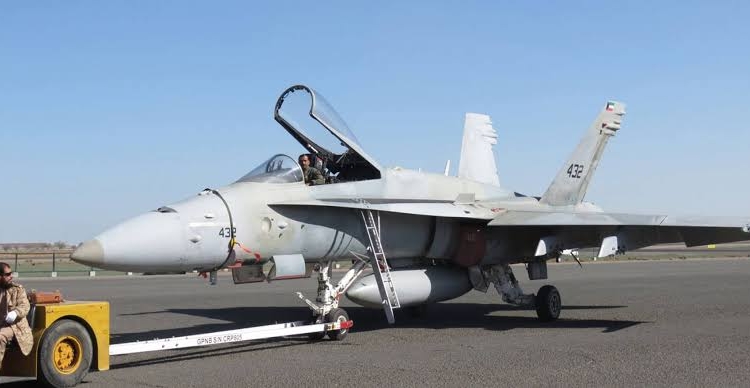 Faced with the dire need to modernize outdated military equipment, especially in the face of evolving regional security threats affiliated with al-Qaeda and the self-proclaimed Islamic State, the Tunisian military is seizing the opportunity to receive foreign military assistance from the United States.

Since 2019, Tunisia formulated an ambitious plan to enhance it’s aerial warfighting capability, and to bring the combat capacity of the Air Force to modern standard however, the move is being unnecessarily delayed by the United States.

The Tunisian Air Force is currently needs to acquire new capable platforms as its current fleet are falling apart, the F-5s which are the backbone of the Air Force were ordered in 1981; 12 F-5’s (8 F-5E and 4 F-5F) arrived in 1984-85. With five more from the Alconbury Aggressor Squadron (in 1989). They are flown by 15 Squadron from the Air Force’s Bizerte-Sidi Ahmed airbase.

Tunisia is eyeing several Kuwaiti legacy F/A-18C/D Hornets which are slated to be phased out for new F/A-18F Super Hornets. In June 2018, the U.S. Navy awarded Boeing a $1.7 billion contract to produce and deliver 28 F/A-18E/F Super Hornets equipped with Raytheon APG-79 AESA radar to the government of Kuwait in deal which included 22 single seat F/A-18E and 6 two-seater F/A-18F, with delivery set to begin by 2022.

Emphasis to replacing the aging aircraft fleet came in October last year, where the Tunisian President Kais Saied called for the air force renovation following an F-5 crash near the Tunisian-Libya border, leaving only 3 out of 12 F-5 fighters airworthy.

Tunisia hopes to acquire thirty F/A-18C/Ds from Kuwait’s stock and the United States is keen to back the deal as it would prevent it from having to further extend its military aid to Tunisia.

Part of the plan involves utilising a possible $500 million Foreign Military Aids from the US which Tunisia requested for in 2019, but fund is yet to be released.

The cause of the delay can be traced to the fact that the then Trump administration did not release the necessary funds before leaving office and now, President Joe Biden perceives the finances as low-priority since taking office in January.

In the meantime, Tunisia is also seeking to replace it’s trainer fleet which comprises of twelve Aero Vodochody L-59T Super Albatross advanced trainer and light attack aircraft which are approaching the end of their service life.

Czech’s Aero Vodochody and United States Textron, is competing for the contract to replace them by the year 2024.