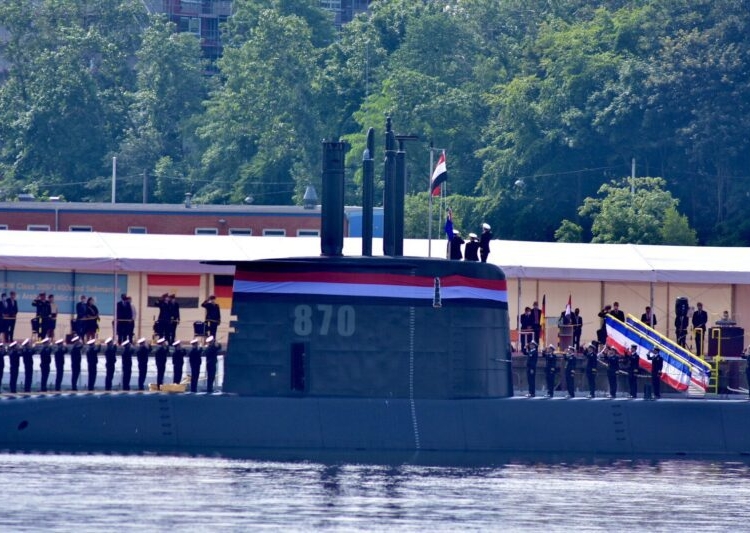 The handover took place in Kiel on the 8 of July.

Dr. Rolf Wirtz, CEO of thyssenkrupp Marine Systems, “I would like to thank everyone involved for the open dialogue and the trusting cooperation. The success would not have been possible without the professionalism and competence of our employees, customers and suppliers. The handover of the fourth and last HDW Class 209/1400mod submarine in the project means, that our Egyptian colleagues will return home. We wish them all the best for the future and hope to welcome them back at our shipyard for further projects soon.”

The third boat of its class “S43” was handed over and commissioned in May 2019, after traveling a distance of 7 800 kilometers, from ThyssenKrupp Marine Systems (TKMS’s) yard in Germany, S43 arrived at Alexandra Naval Base in Egypt on May 5th, and was received by a military delegation.

The programme is planned to end with the handover of the fourth submarine in 2021.

In September 2020, the fourth boat was launched at the shipyard of thyssenkrupp Marine Systems in Kiel, and officially named “S44” by Vice Admiral Ahmed Khaled Hassan Said, Commander-in-Chief of the Egyptian Navy.

All four submarines will enhance Egypt’s defense capabilities and combat efficiency, achieve maritime security, and protect Egyptian coasts as well as the economic interests between the Red Sea and the Mediterranean Sea.

Egypt said the Type 209/1400s will be able to launch missiles and torpedoes – it is believed they will be fitted with Harpoon anti-ship missiles.