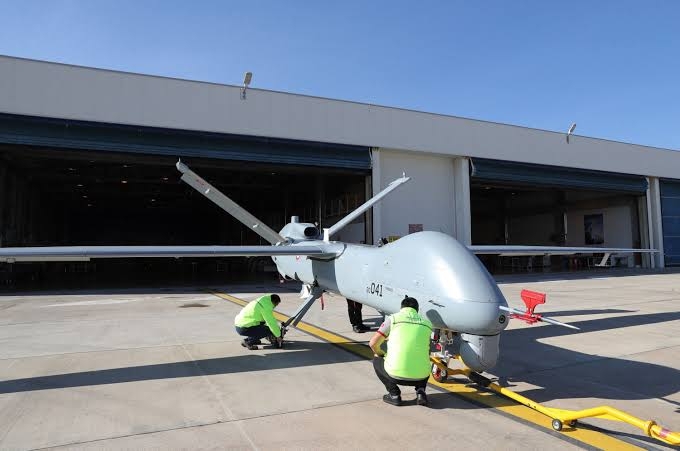 Turkey signed the drone deal at the Tunisian International Aerospace & Defence Exhibition which was held on 04 – 08 March 2020 at the Aéroport International de Djerba Zarzis, Mellita, Tunisia, and part of the agreement will see a technology transfer between TAI and Tunisia for the local assembly of the Anka-S drone.

The drone acquisition was financed by the Turkish Eximbank, which will pay for up-to 85% of the cost of the drone system, however, Tunisia had previously cancelled the drone deal in September last year, because it couldn’t come up with its own part of the payment.

Tunisia apparently went ahead of the deal in order to strengthen bilateral and military relations with Turkey amid the recent drone acquisitions in the region particularly by Morocco with the Bayraktar TB2 and Algeria with the CH-4B.

In 2019, The Tunisian Ministry of Defense announced a tender for the supply of Medium Altitude Long Endurance (MALE) UAV which was subsequently won by the Turkish Aerospace Industries (TAI).

TAI and BAYKAR, another Turkish drone company competed for the contract and offered its proven Bayraktar TB2, but Tunisia opted for the Anka-S likely due to the satellite communications link capability which enables long distance operation, in addition to the transfer of technology.

Fifty-two Tunisian pilots and maintenance staff have been trained in Turkey on the operation of the Anka combat drone.

The Anka-S entered service in 2017, it has a payload capacity of 200 kg and can carry eight Cirit 70 mm rockets or four MAM-L guided missiles. It can be fitted with a variety of payloads including Aselsan SARPER radar, Star Safire 380-HDL forward-looking infrared and satellite communications link.

The ANKA-S edurance is 24 hours, with a maximum altitude of 9 000 metres. Powered by a diesel engine driving a three blade propeller, it provides a cruising speed of around 200 km/h.